Here is the comprehensive list of the characters in Grand Theft Auto IV. 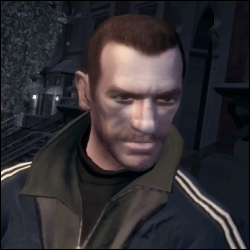 An Eastern European immigrant in his mid-thirties, who has been coaxed by his cousin Roman to come to Liberty City to pursue the "American Dream". He is a tough character with experience in hand to hand combat and handling weaponry. 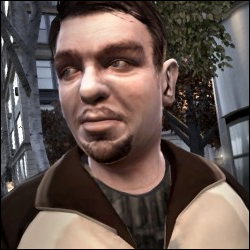 Roman is a friendly buffoon. He is heavily in a debt and everyone is after him, so he turns to his cousin for help. He runs a taxi depot in Broker, and it is a floundering business. It seems like Roman's laundry list of problems doesn't have an end in sight. 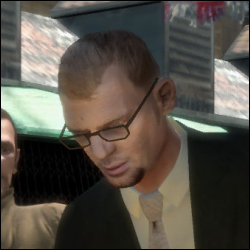 Dimitri Rascalov is an associate and close friend of Mikhail Faustin. Dimitri appears to be the "wise thinker" in this relationship and constantly contrasts Faustin's ruthless actions. 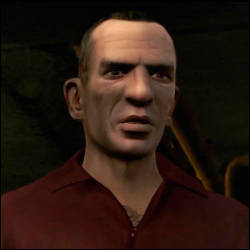 Nothing is known about Faustin, apart from his character being shown on some pre-game artwork. 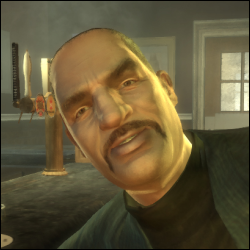 Vlad views himself as the supreme ruler of Hove Beach despite the fact he's actually very low on the totem pole. He's constantly trying to get in with the more powerful crime lords of Liberty City while only running mostly minor protection rackets. 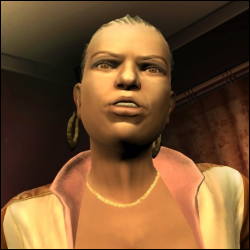 For over a decade Elizabeta has been a very successful drug dealer in Bohan, mostly because she knows how to keep a low profile with Liberty City?s finest. However she knows an upcoming drug crackdown is going to make her life very difficult and with her own narcotic use spiraling out of control she?s becoming increasingly paranoid and delusional. 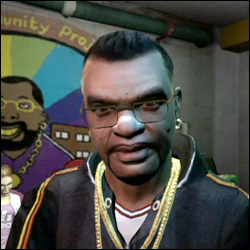 When Manny was a young man he was a hoodlum, involved with the people who created graffiti, hip-hop and breakdancing. But he never was one to draw attention to himself and apparently nobody knows about his great triumphs...except for him. Now he?s turned over a new leaf and is all about cleaning up the neighborhood and keeping the kids off the streets and out of trouble, and to prove it he?s out to make a documentary about himself and his struggle.

Brucie is a man of many different faces. He?s really into bodybuilding, a car nut, and a major VIP (if he does say so himself). He?s loud, he?s into hip-hop way too much, and he?s always going to make sure you know exactly how much money he?s got. He?s got nothing but the finest women, accessories, and anabolic steroids...just like the men in the magazines he reads. That?s how he rolls. 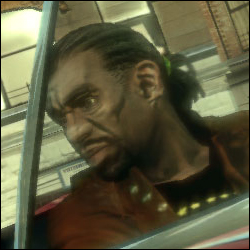 'Little Jacob' Hughes is a Jamaican arms dealer from Dukes and a close associate of Niko. Jacob was introduced to Niko through Roman, whom Jacob has a lot of respect for, possibly for the work they did together in the past. Niko appears to get along with Jacob better than any other character in the game. After developing his friendship, Jacob can provide Niko with discounted weapons based in the trunk of his car. 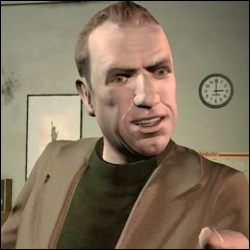 Phil Bell is a perfectly 'legitimate' 'businessman' based in Alderney. You certainly don't want to cross this guy. 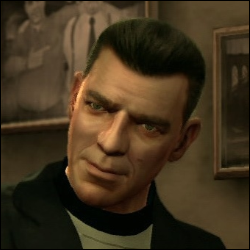 Ray is an Italian mobster who may work for/with Phil Bell. 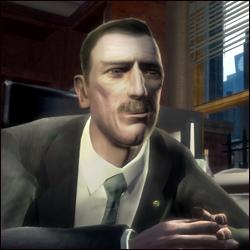 This bastard is a corrupt cop. He knows of a felony Niko has committed, and uses it as blackmail against him. 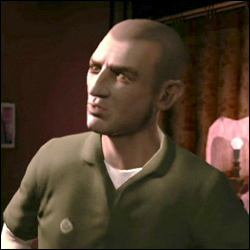 Although he is one of Officer Francis McReary many brothers, Packie himself is a member of Liberty City's Irish gangs. He is a very close friend of Elizabeta and possibly one of her clients. 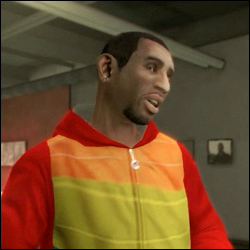 Playboy X owns a mansion in Algonquin and is introduced to Niko through Elizabeta. Playboy used to be in business with his friend Dwayne Forge who has recently been released from prison, however he has now moved on without him. 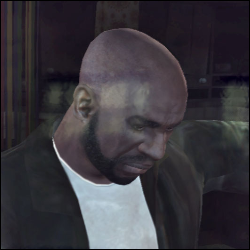 Dwayne is a friend of Playboy X and has just been released from prison. He feels that Playboy and the whole world have moved on, leaving him behind in the past. 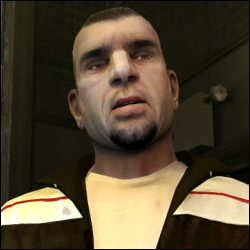 Bledar Morina, an Albanian thug located in southern Broker, is known for being a loan shark, blackmailer and a major fitness nut. 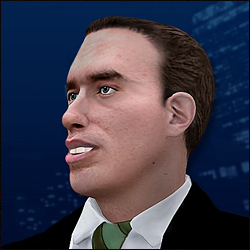 Deputy Mayor Bryce Dawkins is a very strong conservative member of Liberty City's government. Known throughout the city for his Health Initiatives, including an ad campaign in support of abstinence. 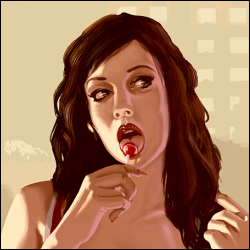 If you couldn't already tell, Lola is a prostitute. Although she doesn't actually appear in the game she has become one of the more popular symbols of it.

A partner with the law firm Goldberg, Ligner & Shyster. He has some kind of dirt on Officer Francis McReary...which might not be such a good position to be in.

All that is known about Mallorie is that she's Roman Bellic's girlfriend.