Welcome to Liberty City - Where the American Dream goes to die

Dan Houser explains the reason for their choice in setting GTA IV in Liberty City.

Quote: Dan Houser
"The visual makeup of the city was something we could capture real well and really understand the minute aspects of its personality. Trying to put that into a videogame is something that we think is unique to the video game medium. It was a way that we could capture some aspects of the experience of living there that you couldn't put into a film, you couldn't put into a TV show, and you couldn't put into a book. A big part of New York life is walking around the streets and meeting lunatics. That's something that we definitely tried to put into the game. We are trying to give it that life and difference between the neighbourhoods and the difference between the kinds of people. We are tying to capture that Capital of the World aspect of New York."

The new Liberty City is not a direct, block for block, replica, but it resembles a striking resemblance to New York City. It is set in modern day, somewhere around 2006 or 2007. The city has 4 of the 5 boroughs of New York and parts of New Jersey. Staten Island is not in the game because Rockstar believed it would not be fun there. Also, Alderney is the largest of the 5 boroughs. The statue of Liberty is in the game and you can go to it by swimming or by boat. 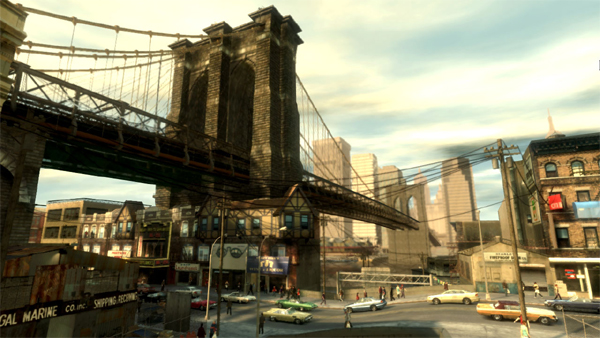 Broker is Liberty City's version of Brooklyn. Niko begins his journey with his cousin Roman. Roman and Niko run a Taxi Depot there. 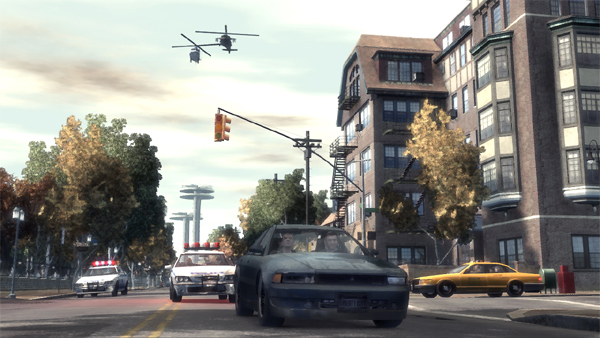 Dukes is Liberty City's version of Queens. Located directly north of Broker, Dukes was the site of Liberty City's Worlds Far back in the 1960s. Dukes is also home to Francis International Airport.

Algonquin - Self-proclaimed center of everything 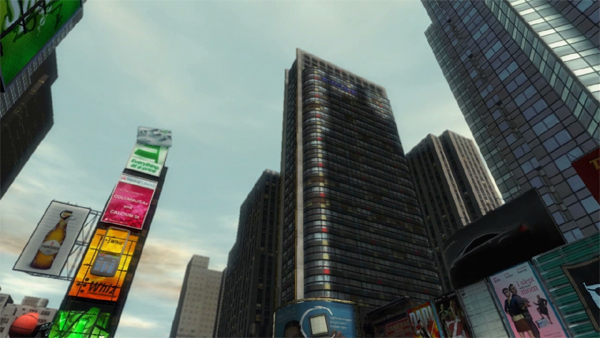 Algonquin is Liberty City's version of Manhattan. This has many historic sites and buildings such as Times Square and the Empire State Building. This most likely will be the second borough Niko visits. 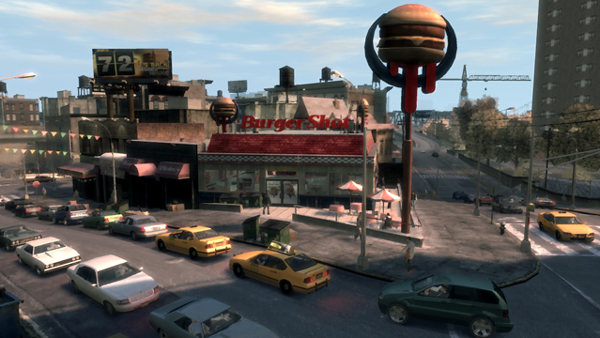 Bohan is Liberty City's version of The Bronx. Located in the north-east corner of Liberty City Bohan is undergoing a renaissance of a sort, all thanks to local resident Manny Escuela. 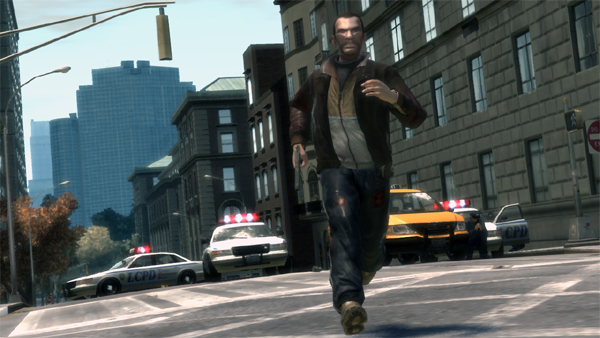 Alderney is Liberty City's version of part of New Jersey. Not much is known on this borough, but it is said to be the largest borrough of GTA IV. Make sense, considering it is New Jersey, and not a borough like Queens or Manhattan.

There has been much speculation about how large Liberty City is. Magazine articles originally stated it was smaller than San Andreas, now some say it is slightly bigger. Rockstar Games have seemingly said the game is not as big in terms of land mass as San Andreas, however everything is much more detailed, and there'll be no wasted open spaces like the desert.

Quote: Game Informer & Dan Houser
The texturing of the Algonquin streets, which are filled with crater-like potholes and occasional glimpses of the brick used in a world gone by, are greatly varied in design and something you can't tear your eye from. The visual makeup of the city 'was something we could capture real well and really understand the minute aspects of its personality,' adds Houser.
Page Stats & Info
Last Updated: 14th Mar 2008
Page Views: 98578